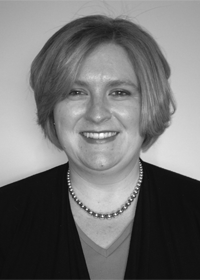 Jayme Staley has over a decade of experience in strategic communication campaigns. As a Director of Public Affairs with Triumph Communications, Staley has managed projects for corporate, political and nonprofit clients at the local, state and federal level.

Most recently she served as the campaign manager for Columbus City Council and Judge Laurel Beatty. As a Field Manager for Direct Impact, she served as the lead for the national rollout of the American Heart Association’s “Go Red!” campaign, provided community coalition building support to the Avon Walk for Breast Cancer and developed and executed a national legislative strategy for the Kidney Care Partners initiative that ensured automatic coverage for patients suffering from end stage renal disease.

With corporate clients running programs in all fifty states, Staley has developed and executed strategies for the United States Telecommunications Association, the National Family Planning Association, the Biotechnology Industry Association, Pfizer, Medtronic, and Ford. As a former Executive Director, for the Columbus Children’s Choir, Staley oversaw all administration, development and media operations for the Columbus Children’s Choir and the Columbus and Central Ohio Children’s Chorus Foundation. Staley has served as a Congressional Scholar to Berlin as well as an advocate for children at the local, state and national level. She received her Bachelor of Arts in International Relations from The Ohio State University.